12 of the Best (and Most Offbeat) Attractions in New Hampshire! 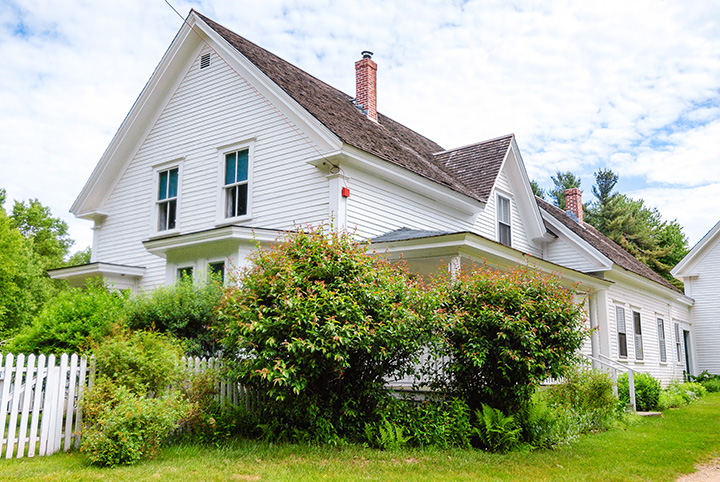 While the mainstream tourism of New Hampshire certainly holds its own, sometimes you need to escape the normal for something a bit more off beat. Enter the roadside attractions, movie settings, and ancient formations of our great state. Immerse yourself in the folklore, literary history, and general weirdness of New Hampshire to discover a whole new side of the state, whether you’ve lived your whole life here, or just you just happen to find yourself in our neck of the woods.

Founded by Annie E. Woodman in 1916, the Woodman Museum is a tribute to history, science, and art. With quirky, interesting artifacts on exhibit ranging from Abraham Lincoln’s saddle to a four-legged chicken, the Woodman Museum is a true New Hampshire gem, open from April through November. The museum possesses over 5,000 natural minerals and an extensive array of rare or unusual animals in its permanent collection.

Though devoted fans know Pollyanna’s locale to be small town Vermont, the village that truly claims her is Littleton, New Hampshire, the hometown of author Eleanor H. Porter. Littleton continues to celebrate its literary tradition, and is a worthwhile road trip stop or day trip destination. Billed as “New Hampshire’s Most Welcoming Attraction,” a bronze statue of Pollyanna graces the town square, arms flung wide in the character’s signature, joyful wave. Be sure to wave back (a local tradition), and rub her saddle shoe for “luck and joy.” Visit in June to experience firsthand Littleton’s “Glad Day,” when Pollyanna’s legacy of always finding the best in every situation is celebrated, and a local resident is awarded the “Pollyanna Signature Award” for community devotion.

Though significantly lesser known than its English counterpart, Salem’s iteration of Stonehenge is no less impressive or mysterious. Built by an ancient people with working knowledge of astronomy and construction, Salem’s attraction has been determined to be a fully accurate calendar, and can still be used to determine the dates of solar and lunar occurrences such as eclipses. Languages found inscribed throughout the site include dialects such as Phoenician, Ogham, and Iberian Punic Script, further complicating its origin story. Enjoy a 10-minute informational video, and then set out on your self-guided tour of the site. Make sure to visit the seven alpacas that call the location home, and check out the gift shop for yarn made from their fleece. Visitors during winter months can opt to take their tour on rented snowshoes!

When visiting all the unusual attractions of our glorious New Hampshire, you may find yourself in search of a place to stay. Look no further. Complement the adventurous spirit of your tour with a night at the Adventure Suites of North Conway, a hotel so singular it earns its own spot on my list. Incredible themed suites with impeccable attention to detail that perhaps have no competition anywhere in the world. Themes include “Deserted Island,” which features a giant clamshell bed, “Victorian Spa,” which boasts a two-person steam room and sauna, “Showtime,” which includes a movie theater and sleeps up to eight, and “Captain’s Lounge,” which features a mini theater, party bar, five-person outdoor hot tub, and accommodates up to 13 guests. Purchase a discounted, nearby adventure such as time at a waterpark, ice climbing, or skiing, or opt for an in room add on. Room additions include romantic kits, optional satin sheets, in room massage or breakfast in bed, supplies for s’mores, and goodies for your canine companions including a doggie pizza. Upgrade to “Imperial Statues” and Adventure Suites will have monogrammed bathrobes waiting in your room as a keepsake of your trip.

Since 1971, the town of Warren, New Hampshire, has had a ballistic missile occupying its town green. Currently the only missile located outside of a military base in the United States, the weapon’s origin story has developed the traditional murkiness or small town lore, but remains an incredibly worthwhile site to see. The missile has been stripped of any active materials, and some say was originally intended to help the children of New Hampshire to feel more a part of America’s then burgeoning Space Program.

Commissioned by Robert Tilton in 1882, the Memorial Arch was inspired by the Arch of Titus in Rome, Italy, though it stands several feet higher than the original. Tilton wanted to turn the original arch, a monument to war, into a symbolic dedication to peace, and at the time wanted to ultimately be buried beneath the arch (though he was not). Construction of the arch cost roughly $50,000, an incredible sum in the 19th century, and was undertaken with Concord granite, the resulting structure being 55 feet-high.

Continuing New Hampshire’s proud tradition of displaying military grade equipment in public, the USS Albacore is a must see. A United States Naval Research Submarine, the Albacore was originally used to test features for other vessels who would enter the theater of war. Take a self-guided tour of the boat, with the highlight being recordings of crew members recounting their experiences on board.

Visit the childhood home of the iconic “Uncle Sam,” originally a meat purveyor named Samuel Wilson from Mason, New Hampshire. Wilson supplied rations to the United States army during the War of 1812, in barrel’s marked “U.S.” The soldiers, glad to see nourishment in tough times, began to refer to arrivals of these rations as “visits from Uncle Sam.” Though the modern iteration of the character didn’t enter the collective culture until some 100 years after the term rose to prominence, with his patriotic clothing and call for national participation in war time efforts, the United States Congress recognized Wilson as being the rightful inspiration for our national symbol in the 1960s.

In a small alley off Manchester’s Elm Street, one can find perhaps the finest free collection of open air feline themed art in the world. The alley had its name before it had its art, and the story goes a local man assigned it the title after witnessing a particularly bad fight between two strays. A local realtor loved the alley, and organized other business people in the area to raise money for its restoration. Ultimately, at risk street artists painted several installations along the alleyway, all portraying cats in various situations. Cat Alley is one of the most unique attractions in the city of Manchester, and is sure to delight animal lovers of all ages.

Formerly Benson’s Wild Animal Farm, Benson’s Park was opened in 2011 as 165 acres of glorious attractions. Originally a take on the traditional zoo known as a Permanent Circus, Benson’s still maintains its animal cages and visitors are allowed inside to explore (perhaps resulting in a fantastic photo op if you bring your children). Add on a miniature railroad, a giant recreation of the shoe from “The Old Woman Who Lives in the Shoe,” and a somber 911 Memorial which includes a beam from the World Trade Center, and a visit to Benson’s Park is a wonderful way to enjoy a quirkier New Hampshire while paying respect to those we have lost.

Though originally a native of San Francisco, California, Robert Frost called this Derry farm home with his family for 11 years, and wrote many of his most beloved works on the site. Perhaps the most interesting part of your visit will be getting to see the fence that inspired Frost to create the saying “Good Fences Make Good Neighbors.” A member of the National Registry for Historic Places, the Frost Farm is also possibly haunted, by both the poet himself and his four-year old son who was tragically killed on the property.

A must visit for devotees of extraterrestrial spotting, the Exeter UFO Festival is a beloved annual event. New Hampshire has a full history of UFO and abduction experiences, including the infamous abduction of husband and wife Barney and Betty Hill in 1961, which became one of the earliest abduction stories to be widely circulated. The festival features top quality speakers, delicious food, and an opportunity for believers to meet, mingle, and compare stories of encounters and sightings. 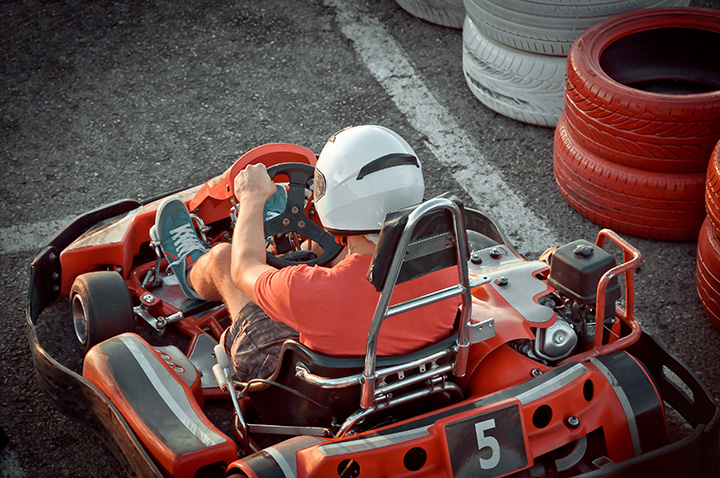 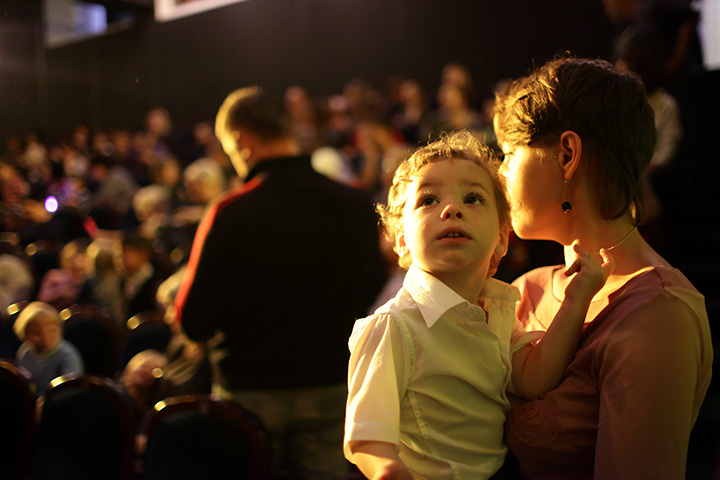