The Best Speakeasies in New Hampshire! 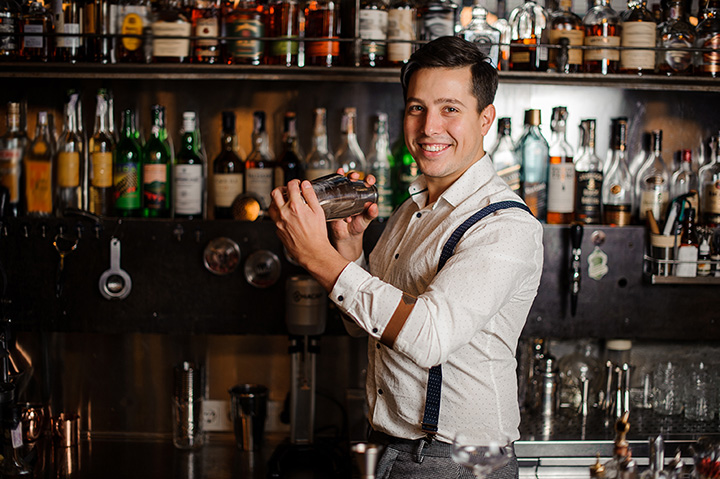 The original speakeasies in the United States came to be during the Prohibition Era. When it was illegal to sell liquor, secret “underground” establishments were the only places drinkers could satisfy their thirst. One common thread among speakeasies was their lack of advertisement. There was no sign indicating their location. That’s probably the only remaining similarity between the speakeasies of old and those of today. New Hampshire is, in fact, home to a few speakeasies. Check one out the next time your thirst is calling for something stronger than a soft drink.

A 1920s-inspired speakeasy, CodeX is hidden like the speakeasies of old. It’s actually disguised as a used bookstore on Elm Street. That’s not how you enter the speakeasy, however. That takes place down the side alley via an unmarked door. When you enter, there’s a bookcase in one direction and a dead end in another. You must pull the correct book from the shelf in order for the “door” to open. Once inside, patrons will find cocktails both old and new, as well typical, but very good, pub fare, in addition to an intriguing collection of old books and antiques.

When the Cave at the Omni Mount Washington Resort first opened, it was a squash court. During Prohibition it became a speakeasy, and liquor was served in teacups just in case the wrong people discovered the spot. Its speakeasy roots are still honored today with Prohibition Punch as one of the favorite cocktails. It is served—as in days gone by—in a teacup.

8one5—or 815—is a speakeasy in Manchester, New Hampshire. In order to get in, patrons must know the password, which changes every Monday. Check out their Facebook page for the weekly password. Once in, enjoy drinks along with tacos, flatbreads and an impressive cheeseboard.

Federal Cigar Bar is dubbed a speakeasy because most people don’t know it exists. The small whiskey bar is located inside Federal Cigar, and unless you stop in to buy cigars—or are a regular customer—word of mouth is the only way you’ll learn about it. Incidentally, the cigar shop portion of the business was open during the Prohibition Era. Ask about their cigar and whiskey pairings.

It looks like an authentic barbershop from the outside, but Chuck’s Barbershop is really a speakeasy. Serving drinks, dinner and coffee, the 1920s theme is prevalent throughout. The farm to table menu is small, but impressive.